This very interesting project was done for a neurosurgeon in Butte, MT. It included an elaborate fireplace fabrication, curved stairs, and an inlaid medallion floor using green Hualean Jade (AKA Taiwan Jade), from Taiwan and the Crema Marfil used everywhere else.

We set the fireplace and the stairs, but the floor was to be set by others, so we supplied the medallion as pieces with a “map” to guide installation. We marked for control lines on masking tape adhered to the fabricated pieces and suggested he lay the whole thing out in another room, set up his string lines to the right depth starting from a crosshair on the very center of the medallion. We told him if he broke a piece and needed it replaced, to save the broken pieces and send them to us so we could duplicate it exactly- since each piece was individually fitted, and like pieces wouldn’t interchange perfectly enough…and then we shipped it, held our breath.

Unable to contain my curiosity, I called him up about a week later and asked him if it turned out all right. “Piece of cake”, he said, “..took about four hours.” A real pro, that guy. I wish everyone was like him. 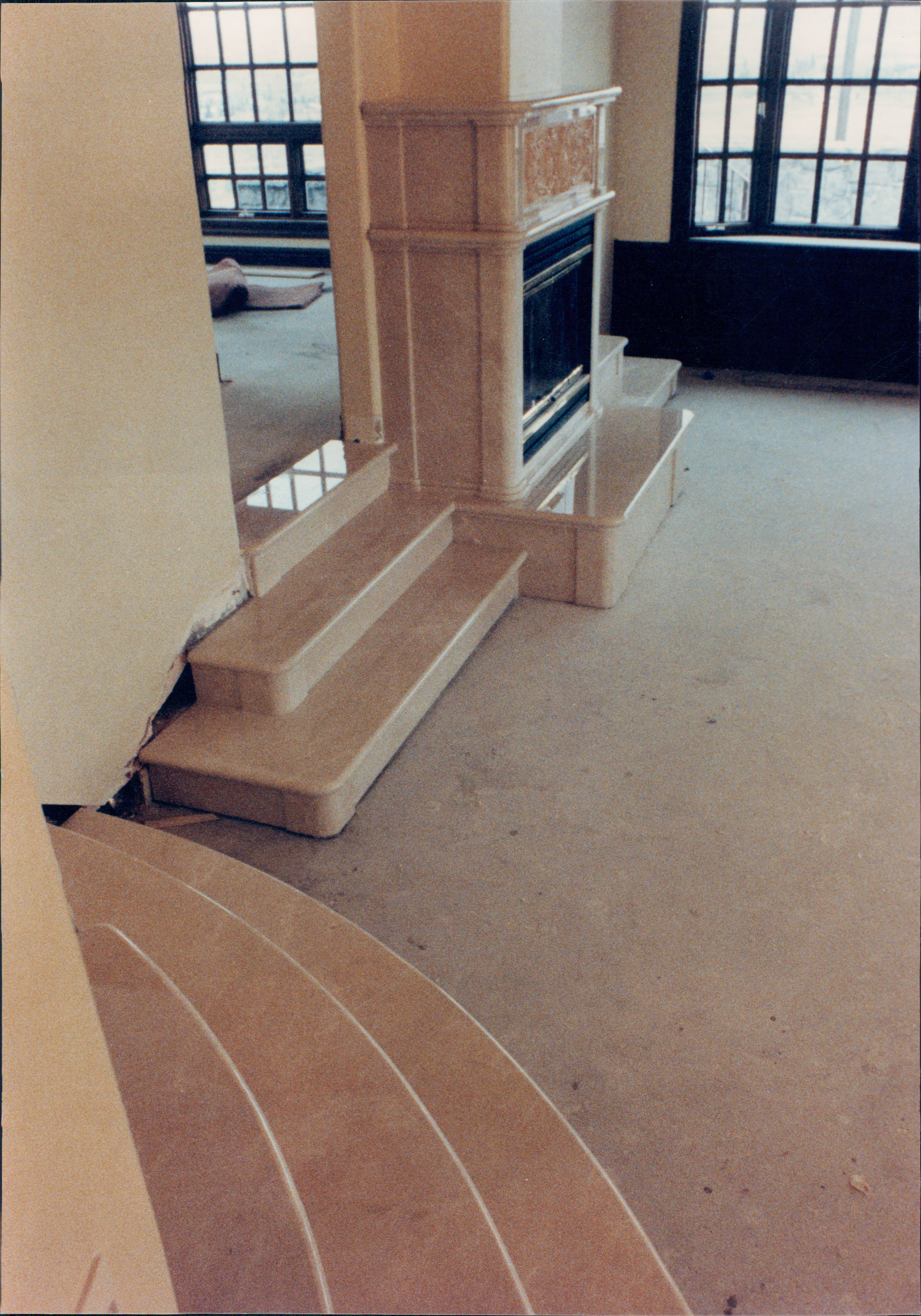 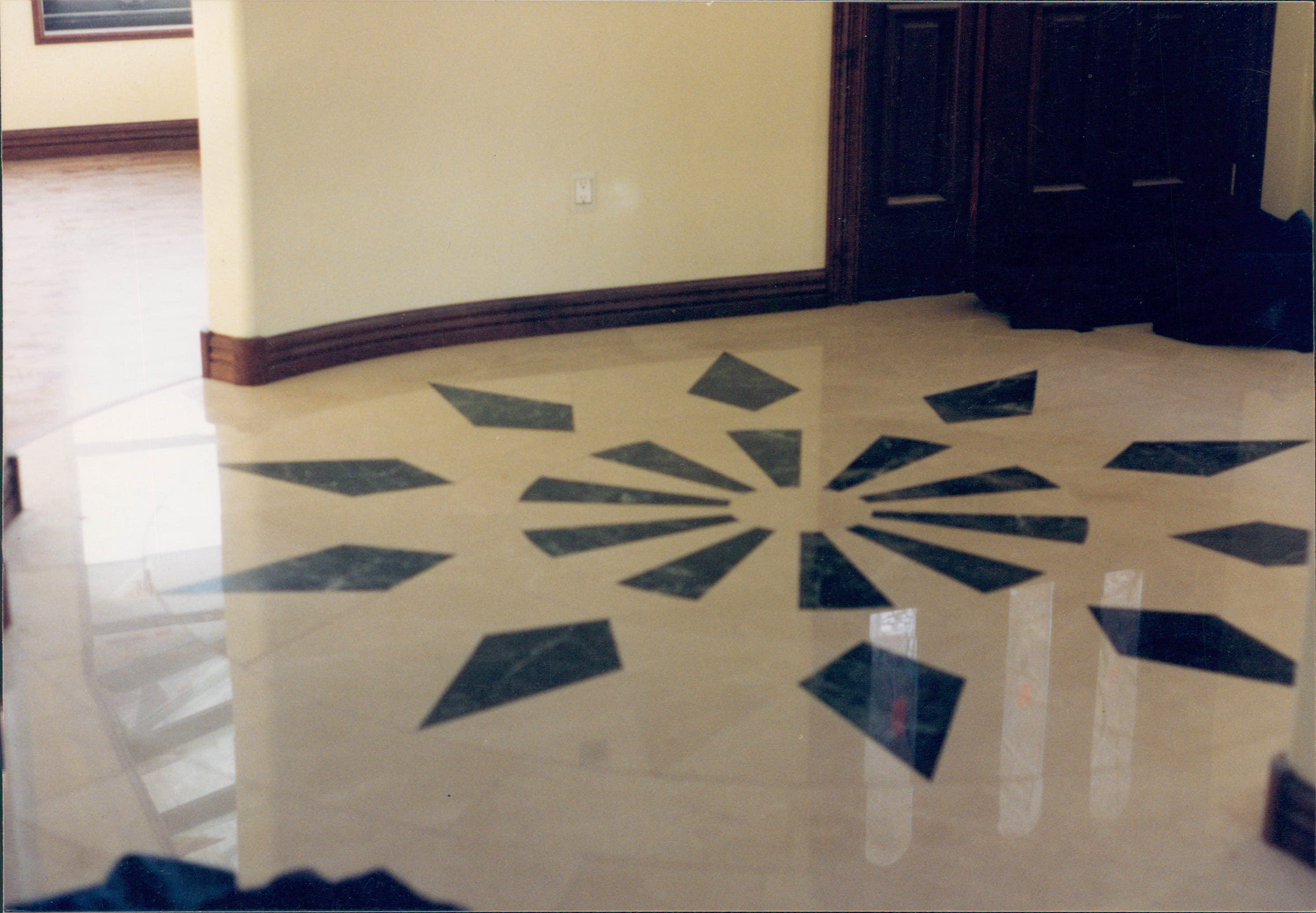 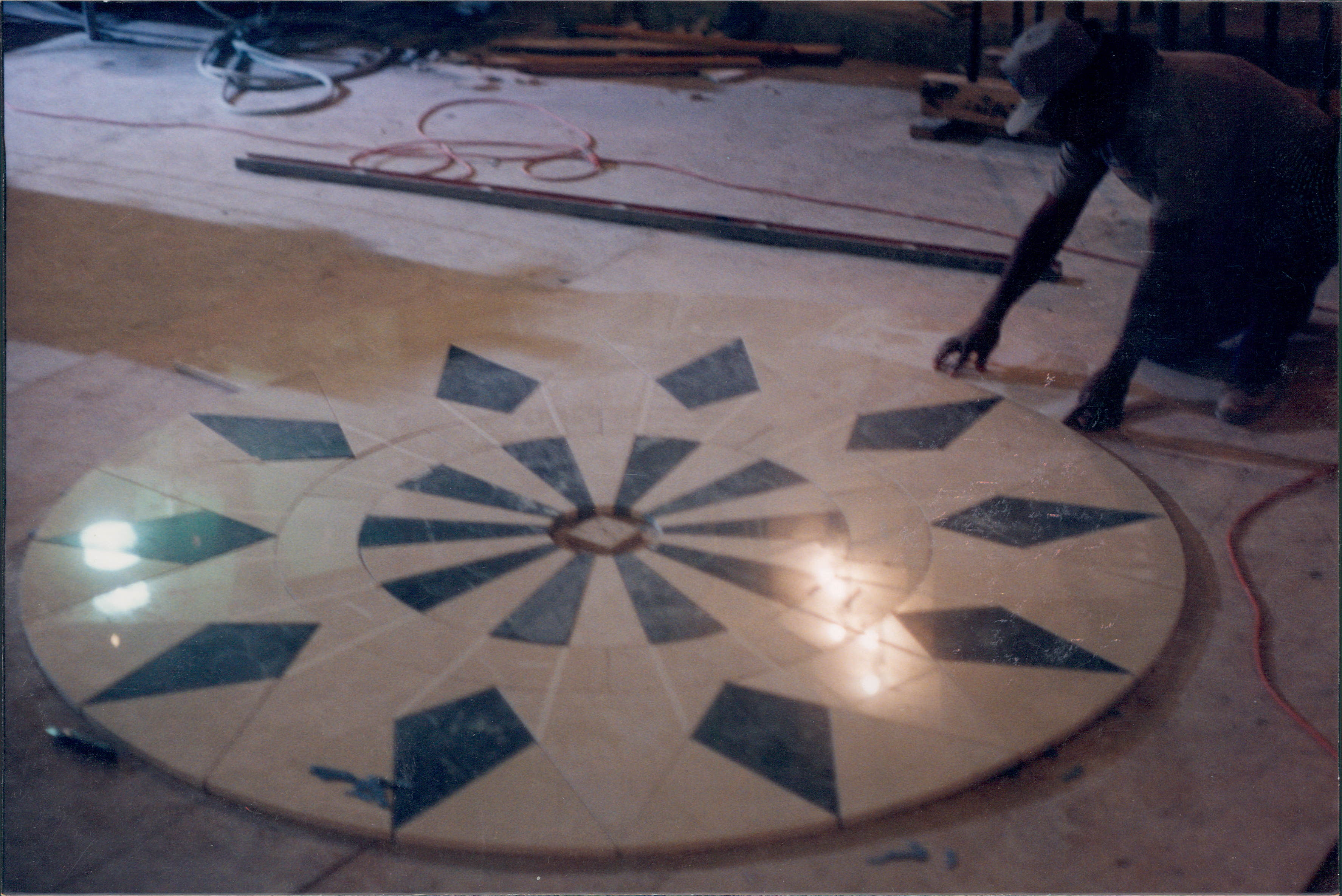 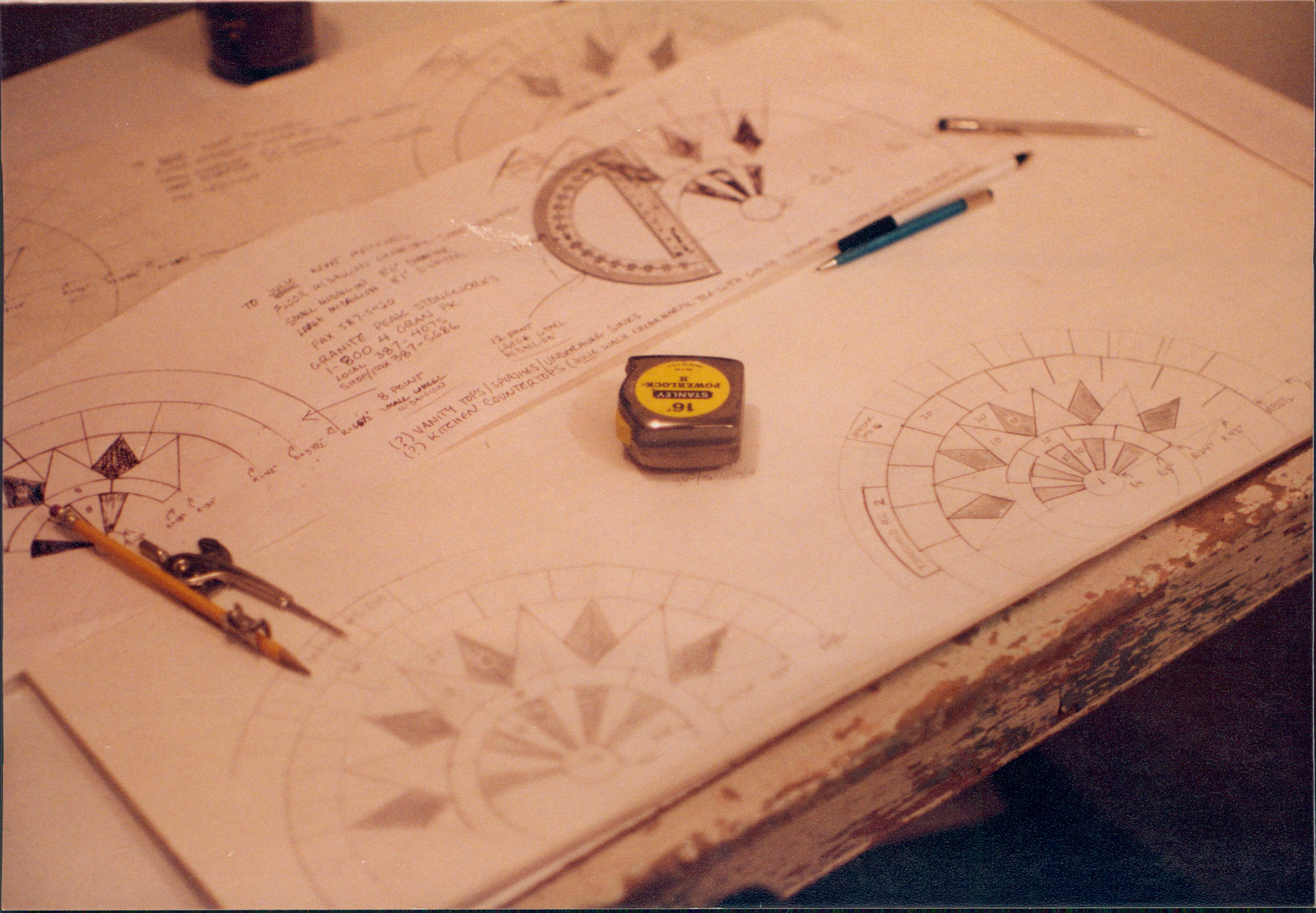 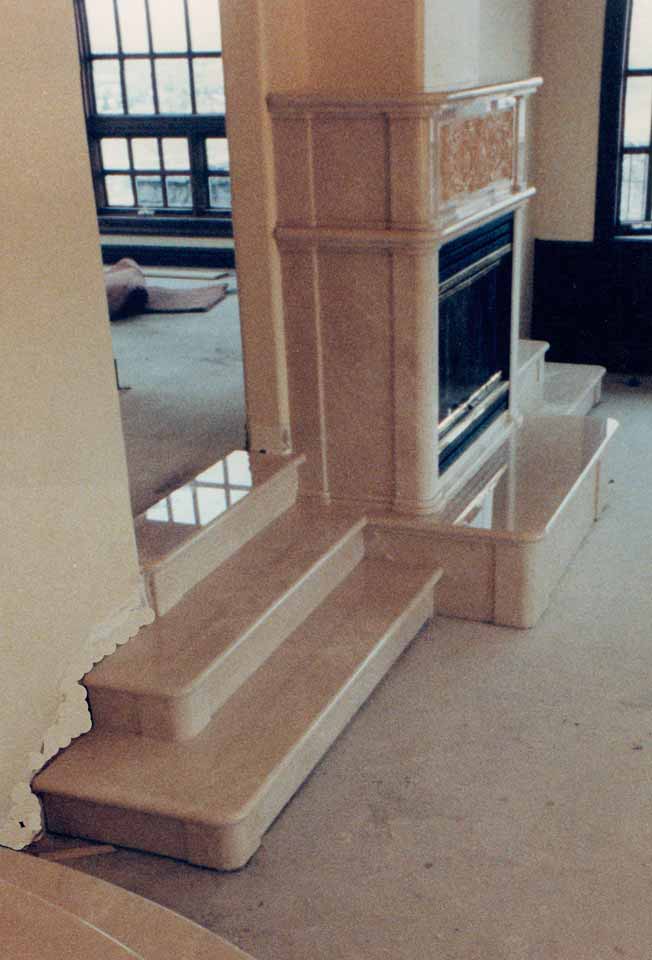 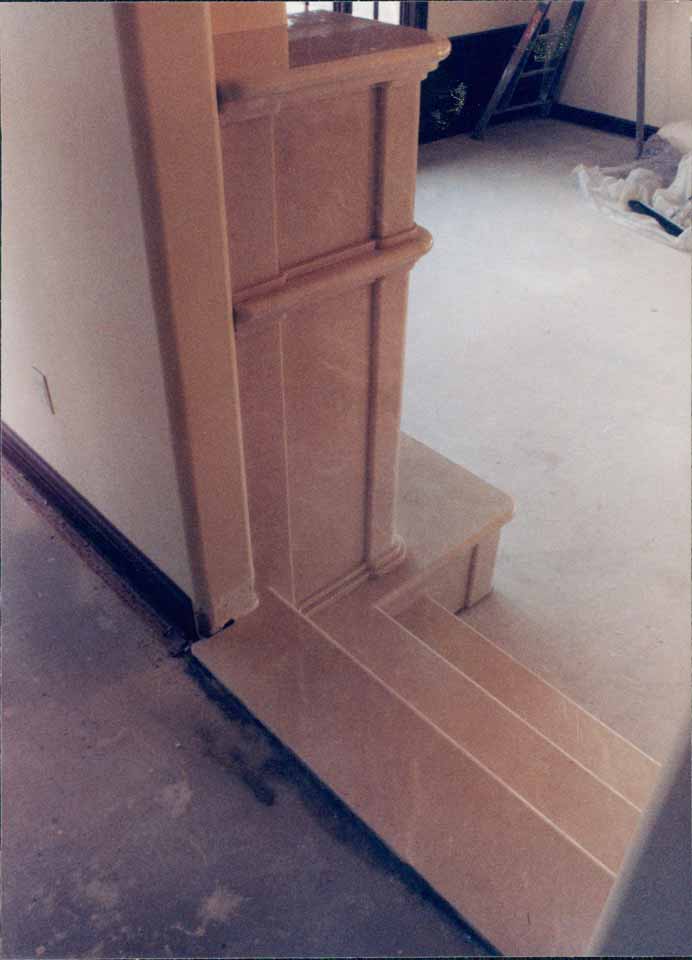